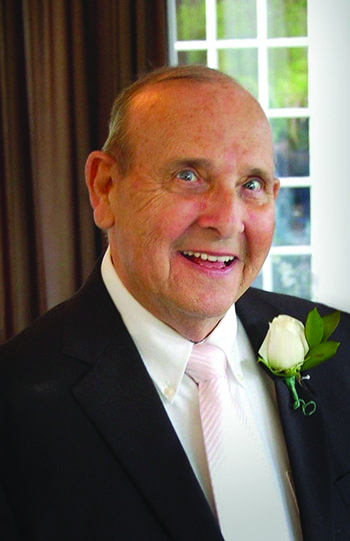 Robert Michael Donadieu, age 78, of Berkeley Springs, W.Va., passed away on Thursday, January 12, 2023, at Winchester Medical Center, surrounded by his loving wife, Rita Donadieu, and several other adoring family members. He was prayed into an eternity with his Savior Jesus Christ by his grandson who treasured the opportunity to have been reading comforting scripture to his “Pop Pop” for a time before his passing.

Born February 6, 1944 in Philadelphia, Pa., “Bob” Donadieu was the son of the late Joseph G. and Teresa A. (McElhatton) Donadieu. After his relationship with his Heavenly Father, Bob most cherished his relationships with his earthly family. Although June Lee Donadieu, his beloved wife of 37 years, passed away in 2003, he was subsequently blessed to find a new life of love and adventure with Rita, his wife of the last 18 years. Bob relished his relationships with his three children and their families: Michelle and Michael Walters with their daughter, Emily Baughman, and her family; Michael and Rhonda Donadieu with their sons, Bryan, Juston, Collin, and Camren and their families; and Denise and Brian Kraus with their daughter, Hannah. Bob also counted it great joy to find an expanded family of step children and their families: Tab and Sung Trainor with their children, Abigail, Ryan, Grace, and Stephen, and Julie and Gus Sampras with their daughters, Olivia and Gabby. Finally, Bob treasured the times when he could be with his six siblings and their families, most recently at his brother’s birthday party just days before his passing. Bob’s siblings and their spouses are: Joseph and Phyllis Donadieu, Teresa and George Van Lieu, Kathleen and Pete Petretta, Regina and John Gomba, John and Joanne Donadieu, and Margaret and David Baker.

Although Bob lived most of his younger life in Philadelphia, as a teenager his family moved from the city to the small borough of Yardley, Pa. where he enjoyed the new pace of suburban life. Later in life, Bob recounted many fond childhood memories: serving as an altar boy at his parish, going off to Boy Scout camp, ice skating on Yardley’s Lake Afton, and making a little spending money delivering newspapers, selling snowcones, and caddying on the neighborhood golf course. It was likely during this time that Bob developed his evident sense of humor– and some might say penchant for high jinks. But it was also when he started to show his unique God-given ability to easily connect with other people. Bob rarely met a stranger who didn’t quickly become a friend.

Bob was a 1961 graduate of Bishop Egan High School in Levittown, Pa. and a 1965 graduate of LaSalle College in Philadelphia, Pa. After college, Bob served his country in the U.S. Army Reserve, receiving his Basic Training at Fort Dix, N.J. Bob also began his professional career as a manager at the W.T. Grant Company, where he met his future bride, June Lee Beeler. In 1973, Bob moved his young family to south Morgan County, W.Va.– June Lee’s birthplace– where they purchased and operated a small general store for a period of years. With that same entrepreneurial spirit, Bob later operated an accounting and business services firm (maintaining a number of tax clients well into retirement), but he spent the significant part of his career as an accountant/controller at Coolfont and Tom Seely Furniture in Berkeley Springs before ultimately retiring from the U.S. Silica Company.

Bob enjoyed a wide variety of hobbies and interests, such as playing chess, darts, and quoits with his grandchildren, following the local sports teams (WVU Mountaineers and Washington Redskins), and participating in just about any backyard competition with family, but many of his best friendships and life stories revolved around the golf course. Over the past dozen years, Bob derived great joy from the time spent and relationships developed with his wife Rita at their second home in Garden City, S.C., and he was always thankful that the Lord continued to provide the health and strength to allow him to play a couple rounds of golf each week when the weather was nice.

Far beyond any leisure activity, Bob focused most on building God’s kingdom. He was one of the founders of Faith In God Chapel where he was an assistant pastor for over 40 years. He was also a leader in the local Fellowship of Christian Athletes (FCA) for 35 years. In this role, Bob developed close relationships with students at Berkeley Springs High School, acting as encourager, mentor, and friend to a multitude of young people over the decades. Many of these now-grown men and women have warmly expressed the firsthand impact that Bob had in their coming to an abiding relationship with Christ, and countless numbers are now influencing the next generation in growing in their faith. Bob was so gratified to hear when past students were called into full-time ministry, and he remained in contact with so many of these dear friends decades later. In addition to FCA, Bob was one of the primary organizers for the Christ Night events occurring in Berkeley Springs over many years. It was his sincere hope that through these events, the greater Morgan County area would be ultimately transformed by a relationship with Christ. Most recently, Bob had found great new ministry opportunities in serving at the Oaks Bible Church, Murrells Inlet, S.C. where he taught Bible studies and occasionally preached.

Bob was given an extraordinary life that he shared in extraordinary ways with everyone God gave him the opportunity to minister to. Even during his dialysis appointments, doctor’s visits, and hospital stays over the last few years, Bob spent his time ministering and giving himself to others for the glory of God. There’s no doubt that when he met Jesus, he heard, “Well done, good and faithful servant!”

Please join the family and friends for a Memorial Service (Bob’s final “Christ Night”) to be held at Cacapon State Park Lodge on Sunday, January 22, 2023, beginning at 2 p.m. Come prepared to share your memories.

In lieu of flowers, the family requests that you consider donating to one of the missions Bob supported, including the mission ministry of his dear friends, Elijah and Jasmin DeMarco (support information found at Overland Missions.com/donate/thedemarcos) or to Faith Builders World Changers in its effort to minister to Guatemala (support information found at SimpleGiftsFarmstead.com).