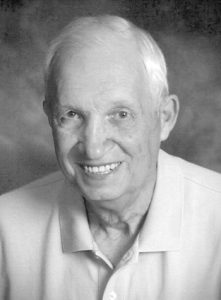 Richard James Carrington, 77, of Accident, Md., passed away on Sunday, October 30, 2022, at the University of Maryland Medical Center, Baltimore, Md., where he spent his last days surrounded by his loving family.

Born on March 18, 1945, in Holyoke, Mass., Richard was the son of the late Robert and Solange “Sally” (Plouffe) Carrington.

Richard was raised in Granby, Mass., and after his 1967 graduation from Washington College in Chestertown, Md., he embarked on a 37-year teaching career in Prince George’s County, Md., where he taught U.S. History and Government at the junior high and high school levels. He was a passionate educator who endeared himself to his administrators, colleagues, and most importantly, his students through his creativity, empathy and dedication to his vocation. The adoration of his students is evidenced by the many who remained in contact with him some 40 or 50 years after they first stepped into “Mr. C’s” classroom. After raising their family in Millersville, Md., Richard and Kathy retired to Berkeley Springs, W.Va., in 2004 where they lived for 18 years before moving to Accident in early 2022.

A love of sports, especially baseball, was a constant throughout Richard’s life. He played baseball from his youth through his time at Washington College and then coached junior high and little league teams for another 20 years. As in his career, he approached coaching with a focus on the development of his players, challenging each to compete to the maximum of their abilities. Richard was a Baltimore Orioles fan for over 50 years and enjoyed learning everything he could about the team, its players, and its prospects.

Richard never met a stranger and took great pleasure in making new friends everywhere he went, whether it be work, church, the post office, the bank, or in the stands at his grandchildren’s sporting events. He absolutely adored his grandchildren and attended as many of their piano and dance recitals; basketball, soccer, baseball and volleyball games; and church events as possible. The feeling was mutual, as his grandchildren enjoyed every moment spent with their Pépère and all the adventures they would get into together.

Friends were received at the Newman Funeral Homes, P.A., 179 Miller St., Grantsville, Md., on Wednesday, November 2, from 2-4 and 6-8 p.m. A Mass of Christian Burial was conducted in the Divine Mercy Parish, St. Ann Church, on Thursday, November 3, at 11 a.m. with the Rev. Ed Hendricks and the Rev. Joseph Langan officiating. Interment was in the Zion Lutheran Cemetery.

Condolences may be sent to the family at www.newman funeralhomes.com.