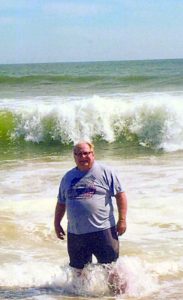 Born on July 11, 1949 in Washington, D.C. He was the son of the late Sanford Carlton Ullom and Lucille Ullom-Hottenstein.

Steven retired as Senior Vice President of WJAL in 2017 after 20 years of service.

Throughout Steven’s career he owned and operated multiple service stations and was an ASE Certified Master Mechanic.

In addition to his parents, he was preceded in death by a step father, John Hottenstein, Jr.

The family has entrusted Helsley-Johnson Funeral Home & Cremation Center with the arrangements.

A Celebration of Life is scheduled for November 18, 2022 from 7-8 p.m. at Angus and Ale Restaurant. Mark Hahn will lead the ceremony.