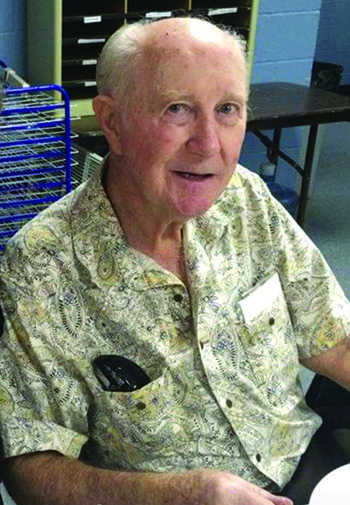 Born March 16, 1931 in Berkeley Springs, W.Va., he was the son of the late Neil St. Clair and Bessie Rebecca Moss Fields.

He was a Methodist. He attended Berkeley Springs High School. Casey served with the U.S. Army during the Korean War from April 8, 1952 until his honorable discharge on April 3, 1954 at the rank of Private First Class. He retired from General Motors as a parts handler and then retired from Berkeley Springs State Park as a masseuse. He was a member of the United Auto Workers Union, a life member of Alderton-Dawson American Legion Post #60 and Risinger-Stotler V.F.W. Post #4019. Casey enjoyed hunting, fishing and gardening.

The family received friends from 3-6 p.m. on Friday.

In lieu of flowers contributions may be made to The Tri-State Honor Guard, 527 N. Washington Street, Berkeley Springs, WV 25411.