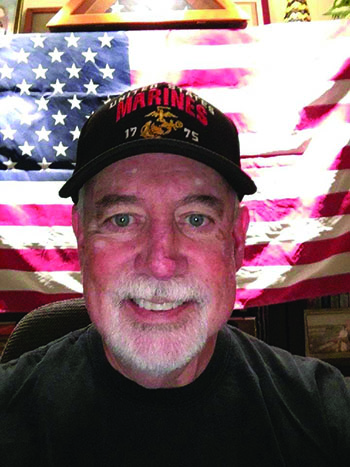 Born June 22, 1949 in Winchester, Virginia, he was the son of the late John David and Betty (Forney) Johnson and the stepson of Ruth Elizabeth Johnson, deceased. He was husband of Michelle (Blais) Johnson, who he married on July 24, 1994 in Dallas, Texas.

A 1967 graduate of Berkeley Springs High School, where he won the Golden Horseshoe in 1963, he attended Potomac State College, West Virginia University, Memphis State University and Villanova University, where he received “Certified Project Manager” accreditation and in 1979 completed the Penn State University program and was licensed a Law Practitioner of the Interstate Commerce Commission. He was also granted fellowship in the American Production Inventory Control Society.

In addition to his wife Michelle, he is survived by his son, Derek Johnson (Kim), of Bossier City, Louisiana and daughter, Erica Kimmel (Will) of Sellersburg, Indiana and grandchildren, Michael, Kylar, William, Waylon and Ella.

He served in the United States Marine Corps during the Vietnam War and was assigned to the Marine Corps Aviation test and experimental squadron (HMX-1). As head of the weapons calibration lab, he later served in the Executive Flight Detachment as a Communications and Navigation crew member aboard the Presidential Helicopter “Marine One.” He was a lifetime member of American Legion Post 42. Retiring from the internet business in 2018 as Director of Worldwide Logistics, capped a 44 year career in Transportation Logistics.

After retiring, he enjoyed working as an advisor and consultant to multiple internet startup companies. An acknowledged “industry expert” he was a frequent guest lecturer at national transportation conferences, and proudly donated his speaker fees to his local home town charities, among them, the Vietnam Veterans Memorial. He was recognized in 2018 by Matthew 25: charities as responsible for being both a donor and a fundraiser amounting to more than $39 million dollars given to aid foreign and domestic disaster relief efforts.

A passionate supporter of West Virginia University athletics, he also enjoyed stock/modified car racing, as not only a supporter but a Figure 8 car owner and sponsor. Collecting fine bourbons led to his being given a commission as a “Kentucky Colonel” and was later recognized a Bourbon Ambassador by the industry.

Graveside services will be conducted at 2 p.m. on Saturday, October 22, at Greenway Cemetery with military honors provided by the Tri-State Honor Guard.

Contributions in his memory may be made to the “Tunnel2Towers” charity, which David was a proud supporter. Online condolences may be expressed at www.helsley johnsonfh.com.