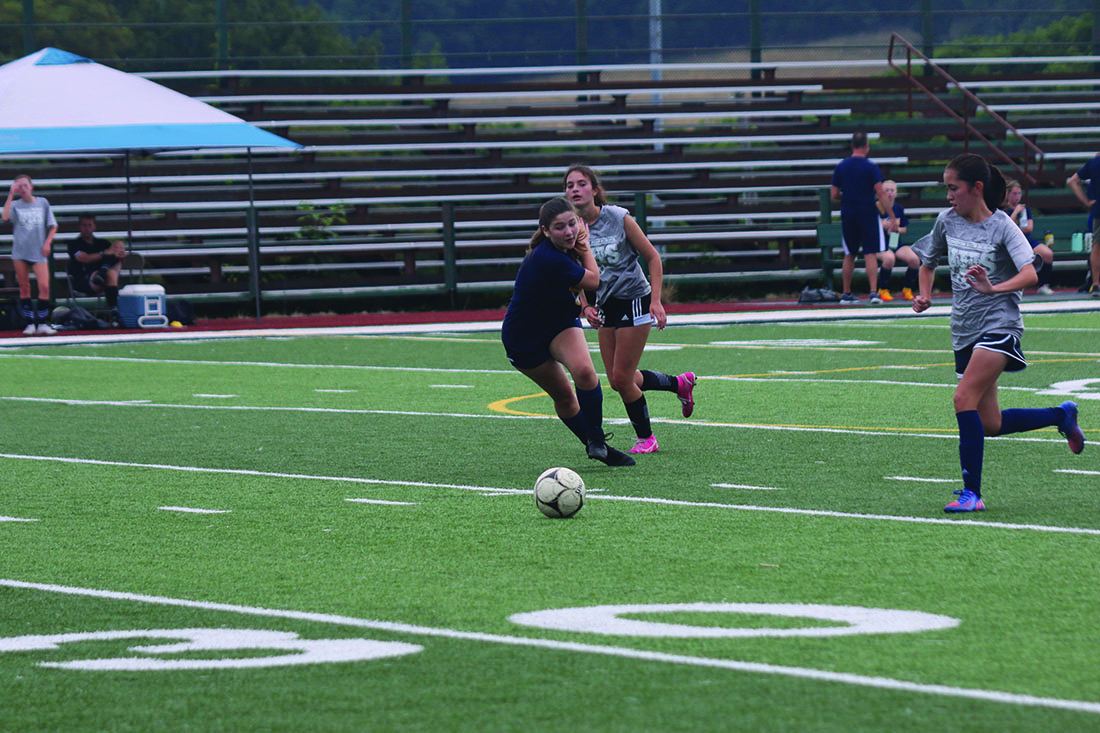 Scarlett Swink, who will be one of the Indians’ new goal keepers, runs the ball down the field.
photos by Lori Younker

Members of the Berkeley Springs girls’ soccer team traveled to Hampshire this past weekend, July 16-17, to participate in the Second Annual Trinity Cup.

The event had teams from Hampshire, Washington and Brunswick, Md., and Berkeley Springs. The Lady Indians had a mixture of high school and middle school players and the team showed a lot of toughness.

Berkeley Springs took the field with a more defensive look to help their new goal keepers Scarlett Swink (freshman) and Miyah Saville (junior) to get comfortable in the goal. Both had good saves and I am looking forward to seeing them grow in the position,” stated Coach Steve Havermale.

With a mixture of returning and new players the team showed a great range of skill and versatility. This will allow for many options in the lineup. “The tournament was a learning experience and gave us a view into the areas we need to improve on for the upcoming season,” stated Coach Havemale.

Two Berkeley Springs players were named to the All-Tournament team and that was Tenacious Ray and Circe Powell.