In her new position, McClintock will serve as .75 Pleasant View Elementary principal and .25 county elementary academic coach.  McClintock’s transfer to her new job is effective as of July 6. 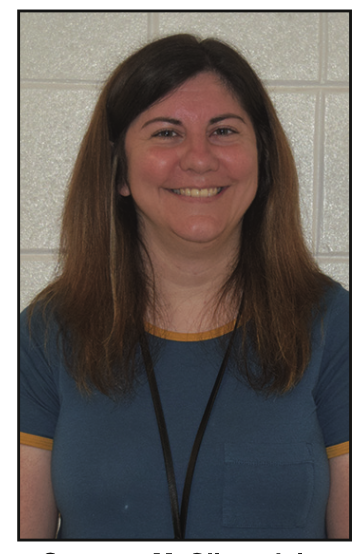 McClintock taught fourth grade at Pleasant View Elementary from 2006 to 2021.  She transferred to a position as county elementary academic coach this past school year.

McClintock was chosen as the Morgan County Schools Teacher of the Year in 2018. She was awarded her National Board for Professional Teaching Standards Certification in Literacy for Reading/Language Arts in Early and Middle Childhood in December, 2017. The National Board Certification is considered the gold standard advanced credential for educators.

McClintock was honored as a Morgan County Distinguished Educator and was previously nominated for the Presidential Award of Excellence in Math and Science Teaching.  She also received the Mary Linn Fox Memorial Award her first year of teaching.

McClintock is really excited about becoming the new Pleasant View Elementary Principal.  She said it was “like coming home to her family” and that the school is very close to her heart.

McClintock is also excited about continuing her work as elementary academic coach. Academic coaching is her passion and her new job position as principal/academic coach “is the best of both worlds.”