Incumbent Morgan County School Board members Aaron Close and Laura Smith and newly elected school board member Justin Litten were sworn into office in a Wednesday, June 29 ceremony at the school board office.

Morgan County Commissioner Joel Tuttle administered the oaths of office and congratulated each on their reelection/election to the school board. Tuttle is the husband of Superintendent Kristen Tuttle.

Aaron Close, Morgan County School Board president, and school board member Laura Smith were reelected in May to another four-year term.

Justin Litten was elected in May to the seat vacated by school board member Eric Lyda, who decided not to seek reelection. Close, Smith and Litten will serve a four-year term that began on July 1 and that will end June 30, 2026.

Close said that he is pleased and excited to continue working as a board member and looks forward to working with the new board and with Litten.  He appreciated the support from the community for his reelection and for the special  levy.  Close said he will continue to be as open and transparent as possible with the public involving the oversight and spending of those funds. 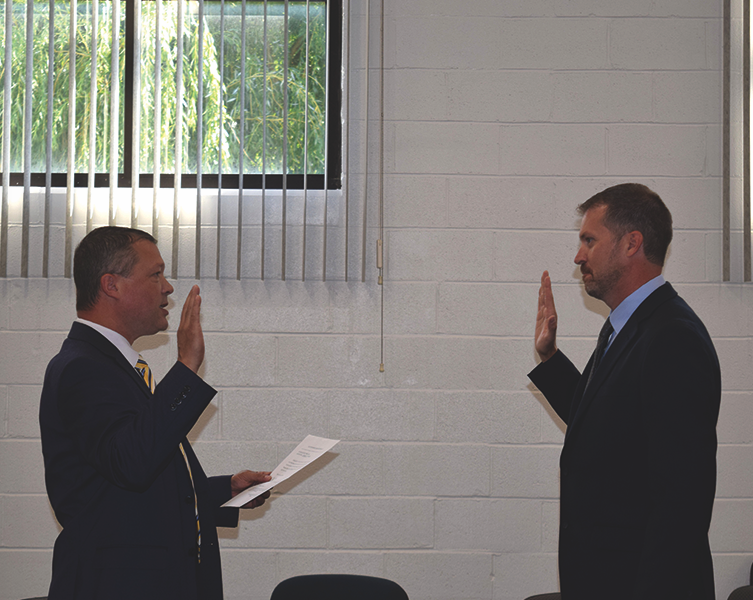 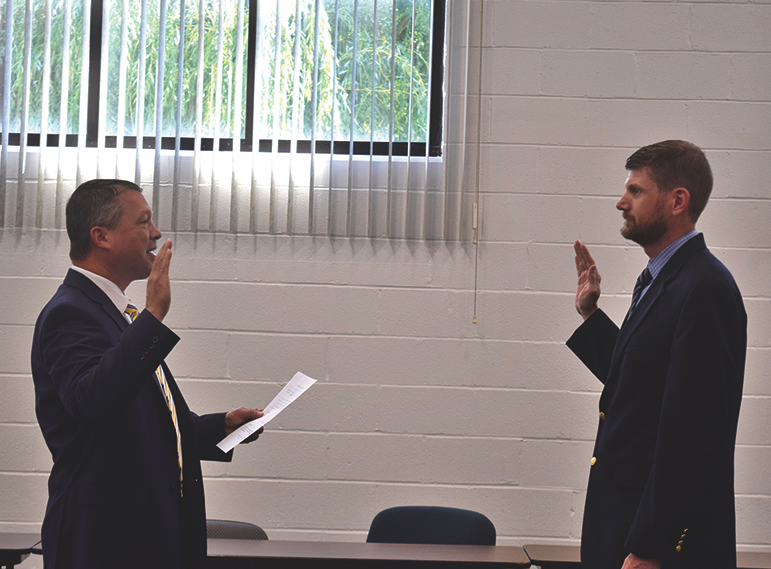 Aaron Close is sworn in to another term on the Morgan County Board of Education. 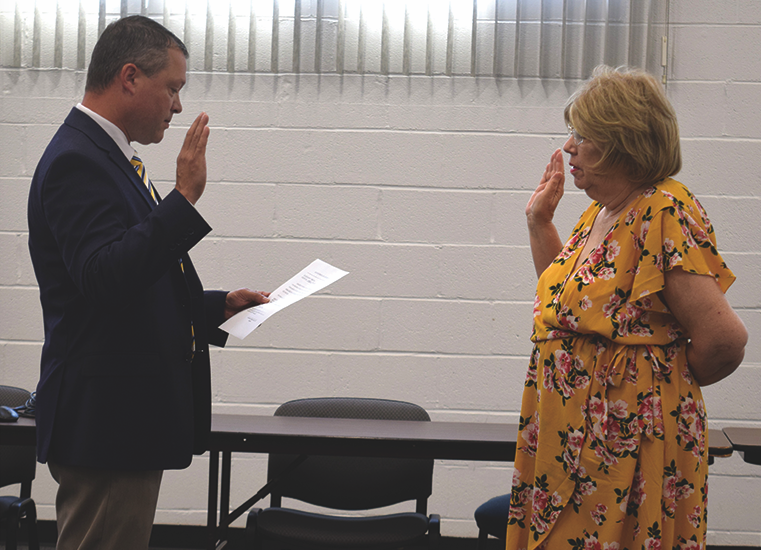 Laura Smith takes the oath of office for a new term on the Morgan County school board.

Smith said she was very pleased with being reelected and that the special levy was renewed.

“It’s a sign that the community has faith in us,” she said.

Smith said she looks forward to working with this group of school board members and “getting back to normal.”

Litten said that he is blessed to be a part of the school board and to help our community.  That was his whole purpose of running for election. He noted that it would take a while for him to get settled in.

Litten said that he had his school board orientation this past weekend.  It was a brief look into the laws and policies of the Board of Education.  The two-day conference was good and had tons of information, he said.

Litten said he wants to try to help.  He and his wife have two kids in Morgan County Schools.  His wife is a substitute teacher which will help him understand teacher issues.

“Morgan County has been blessed with dedicated individuals that want to work hard for the children of Morgan County.  We’re looking forward to an exciting and productive school year,” Tuttle said.