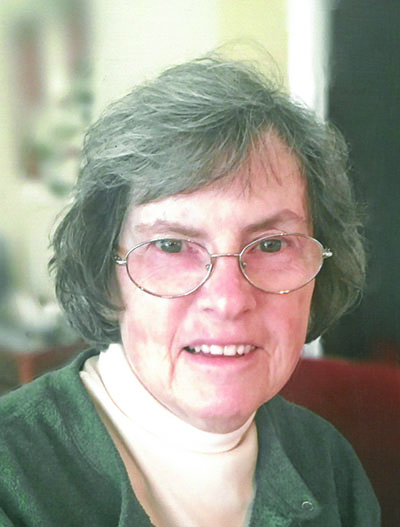 Sally Ann Robb, age 76, of Berkeley Springs, W.Va., passed away from complications of Multiple Sclerosis at her daughter’s home in Fredericksburg, Va., surrounded by family.

Born May 24, 1946 in Bethesda, Md., she was the daughter of the late Harold Wickham and Evelyn May Cogan Kennedy.

Sally was a graduate of Bethesda Chevy Chase High School, attended Greenbrier College in West Virginia, and retired in 2002 as a secretary with the U.S. Census Bureau in Suitland, Md.

She was a member of Grace Baptist Church in Bryans Road, Md. where she served as church secretary and sang in the choir.

Other volunteer activities included working as a teacher’s aide at J.C. Parks Elementary School, and as a Girl Scouts Co-Leader.

In addition to her parents, she was preceded in death by her brother, Harold Wickham Kennedy, Jr. and two nephews, George Ridgely Kelley and William Harold Kelley.

The family received friends from 4-7 p.m. on Tuesday, June 28 at the funeral home.

In lieu of flowers contributions may be made to the Humane Society of Morgan County, P.O. Box 705, Berkeley Springs, WV 25411.